Apparently today is James McAvoy’s birthday, so I thought it might be fun to introduce some of you to one of my many favourite actors of late.  Most of you will know him from the most recent X-Men movies, but for those of you who haven’t heard of James McAvoy, it’s about time you became acquainted with him.

Why is he one of my favourites?  Just look at him!  He’s adorable! 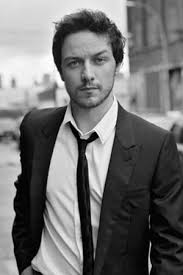 Alright, maybe that’s not reason enough.  So then just listen to him!  His Scottish accent is adorable!

All of that aside, he is actually a really great actor.  I have seen most of his movies (yes, I’ve even seen Bollywood Queen and Becoming Jane) so I thought I’d suggest some movies for you to watch to see his range and to witness for yourself what a good actor he actually is.

Below are my top 5 James McAvoy performances, in no particular order.

I’m not sure, but this may actually have been the first movie I watched with James McAvoy.  He is so young in this movie, but he really holds his own against Angelina Jolie and Morgan Freeman.  The story is ridiculous, but there is some good action in this movie and James does a great job as both the guy who’s down on his luck and the action star.

Another movie with a younger James, but oh what a movie.  It has its annoying parts, but James McAvoy and Keira Knightley have amazing chemistry and the story is quite unique.  Again, James’ performance surprised me, as I didn’t really know much about him nor had I seen him in many films before this.  James was nominated for a Best Actor Golden Globe for his performance, but he lost to Daniel Day Lewis (of course!) for There Will Be Blood.

This is an intense movie!  James’ character is quite annoying, but he plays the character so well.  Forest Whitaker steals the film as Idi Amin, but James really holds his own up against such a powerful performance.

This was one strange film, but I am definitely adding it to the list because James is just fantastic.  The range of emotions he shows in this film was surprising.  He plays someone who is involved in a mystery involving a crime, the mob, an art heist and he has amnesia on top of it all.

I have lumped these two together because the contrasting performances from one film to the next is quite extraordinary.  What they did with Professor X in Days of Future Past was unexpected, at least for me, and I feel that they needed an actor like James McAvoy to bring that side of Professor X to light.  James’ Professor X goes from being this young, green, flirty upstart to a mature mentor in First Class, only then to take the character further and to darker places in Days of Future Past.  Never mind that, but James had to hold his own against Patrick Stewart in DOFP!  Patrick. Stewart.  The very first scene they filmed for DOFP was the scene of young Xavier meeting the elder Xavier.  It is a powerful and pivotal scene.  And for those of you that don’t know, James McAvoy is a total Star Trek geek who was freaking out to be working with Captain Picard!  He held it together pretty well. 🙂

Days Of Future Past:

Special mention goes to Welcome to the Punch (2013).  Nothing spectacular about James’ performance here, which is why I didn’t list it above, but I just enjoyed that movie.  I have still to see The Disappearance of Eleanor Rigby and Filth and I am very much looking forward to the new X-Men film that will start filming later this year in Montreal, but the new James McAvoy film I am most excited for has got to be Victor Frankenstein!  Set to be released in October of this year (which is never a good sign for a film, as some of the worst films are released in October), it is a new perspective on the classic Frankenstein story.  Can’t wait!

If none of this is enough to get you on team McAvoy, allow me to introduce you to McFassy.  That’s right, James McAvoy is one half of the most fun duo to watch in interviews.  He and Michael Fassbender provide endless entertainment during their press junkets.  Just go to youtube and type in McFassy and enjoy!  Here’s a taste:

And there you have it!